Paperboyo: Clearly cut out for success

Richard McCormack – aka @Paperboyo on Instagram – is a man on a mission; a mission to interpret famous landmarks in an original and ingenious way. Like a non-permanent graffiti artist, he is the cardboard cut-out equivalent of Banksy. Certainly his artistic skill is superb and his ability to look at the world around him and reinterpret it in an usual way is remarkable. 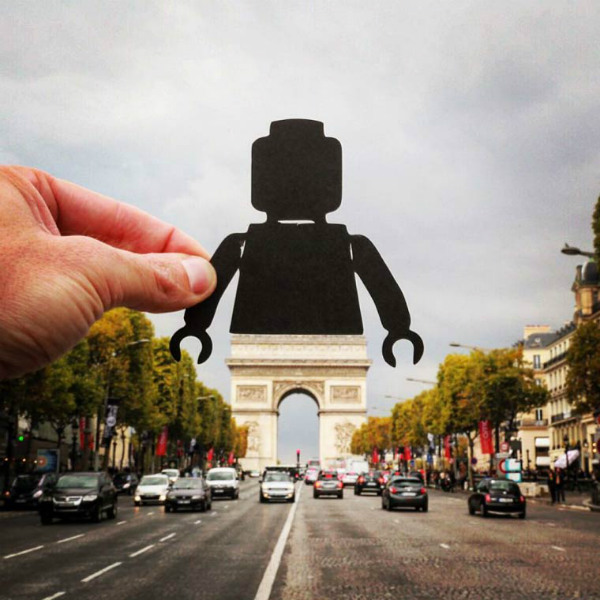 Some people might say Richard McCormack has too much time on his hands. I say he is taking the trouble to really look at and absorb the world around him – and then create amazing works of art. Most of us trudge around our environment plugged into our portable music or texting/emailing as we go, barely noticing the beauty and possibilities that are there to be admired. 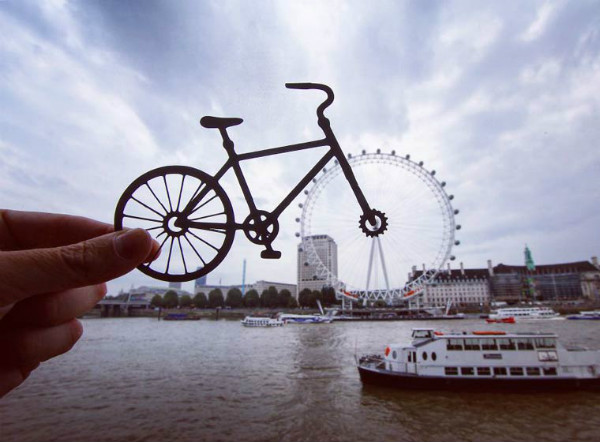 “I decided I would become a tourist in my own city – I wanted to see the London that I ignored, to explore the landmarks and the quirky history,” explains McCormack. “My first idea was using a cut-out to transform Big Ben into a wristwatch. Whilst I was there, a girl and her father took an interest in what I was doing and I showed them the photo on my camera screen. They were full of enthusiasm for the idea, and it spurred me on to do more.” 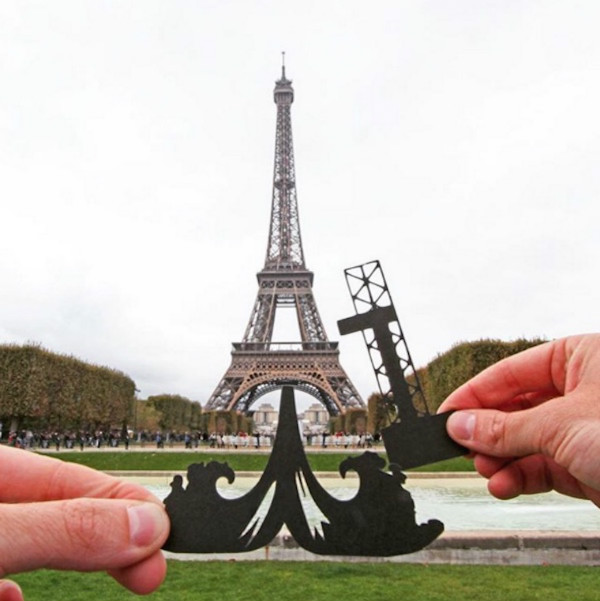 Posting the photos to Instagram, he was contacted out of the blue by travel guide specialists Lonely Planet, who asked him to create some photos for them. This led him to travel across Europe – to Paris, Copenhagen, Amsterdam and Stockholm – photographing some of the most recognisable monuments in the world. He’s currently photographing his way around Singapore. 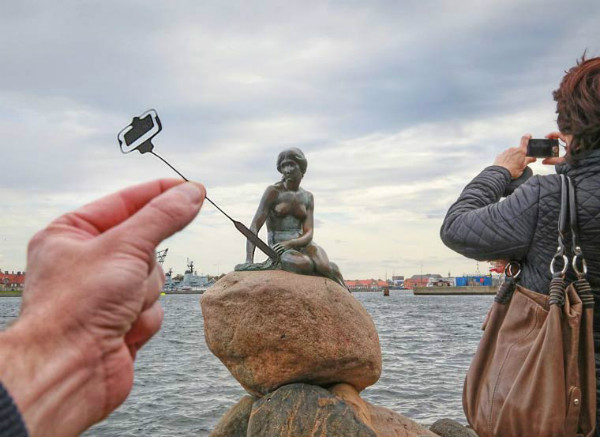 Now with 124,000 followers on Instagram, he is frequently inundated with enquiries from admirers, asking him for tips on how to create their own pictures using cardboard cut-outs. So he launched a Kickstarter campaign to create a kit containing pre-fabricated cut-outs, so that other people could use them to do just that. 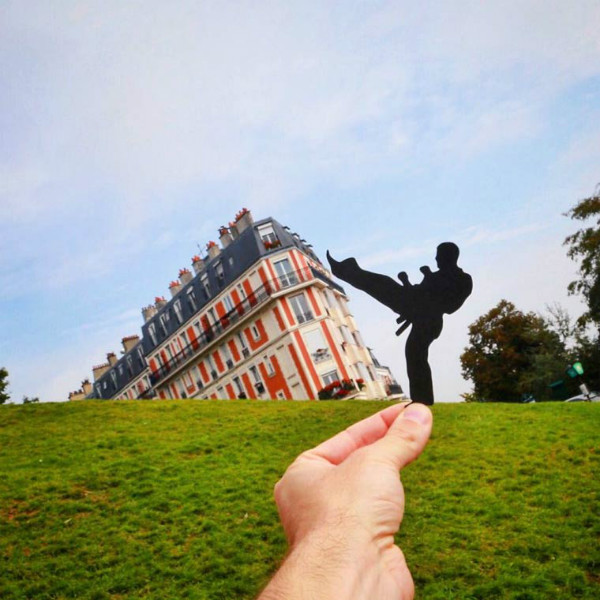 “It would be fantastic if the kits help to ignite people’s interest in photography and help [them] to look at landscapes and architecture differently,” says McCormack. So far, he’s reached £1,623 out of his £6,000 target. With packages ranging from £5 (which gets you one Big Ben and one Lion of Trafalgar Square postcard), you can pay £200 if you’re feeling flush, which buys you a private two-hour photography session with him in London. 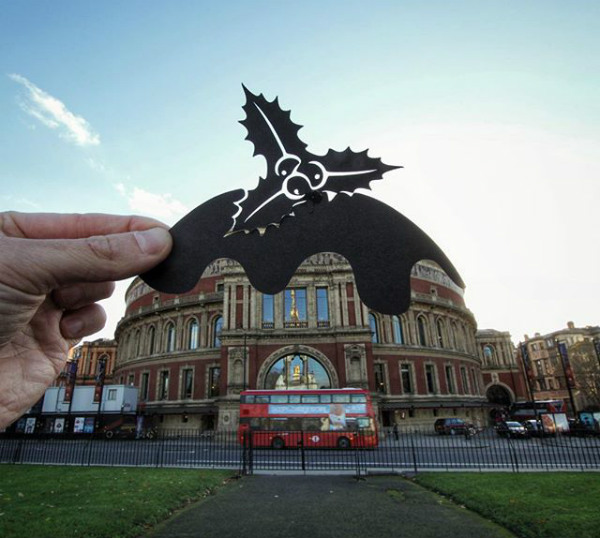 Or at the top end you’ve got the £500 pledge which would get you a full day out in London with him, during which he’ll show you the best breakfast in town, the best museums, hidden gems, lunch, parks, views, dinner, facts and – if you still have the energy – a trip to a bar for a night cap. Suitable for groups of up to four people – date negotiable. 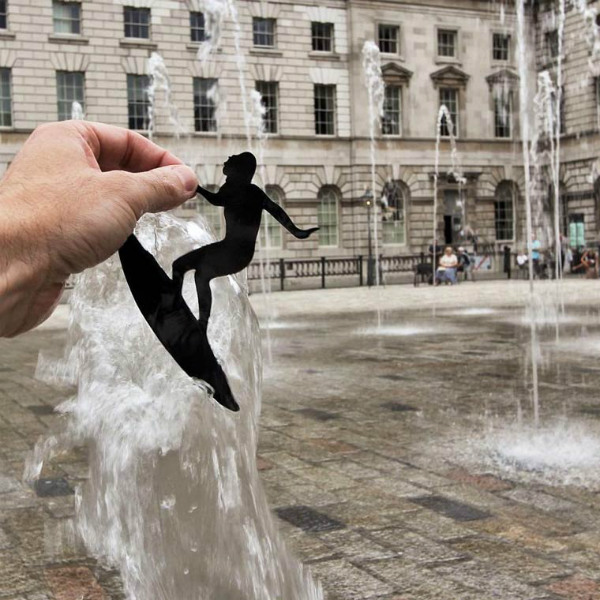 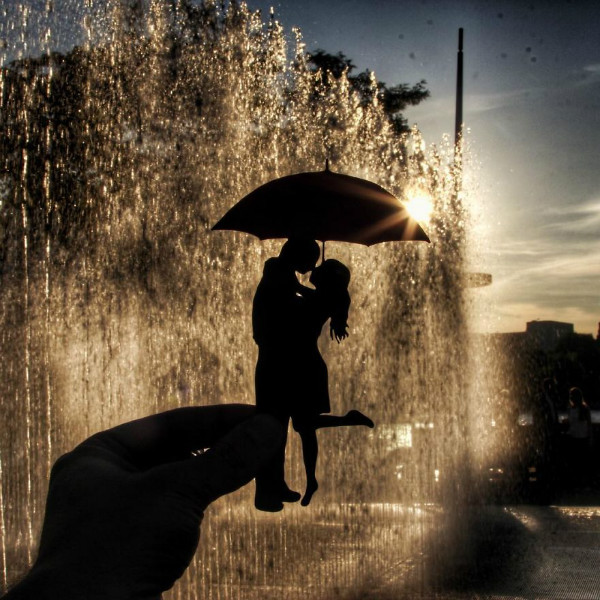