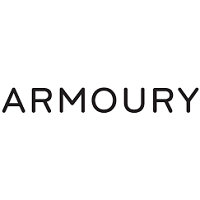 In August 2018, Carlsberg opened the world’s first completely off-grid pub powered only by a waterfall. Six young people with no prior construction experience came together to build the pub, in just 5 days, which can be booked on Airbnb.

The 4 part content series, Build The Danish Way, was a unique social experiment meets innovative design challenge created by advertising agency Fold7 in collaboration with its experiential arm, Hyperactive, with the resulting films produced by Armoury. The series was launched across Carlsberg’s UK social channels including YouTube, Facebook, and Instagram.

Designed to give Carlsberg’s UK audience the ideal introduction to living the Danish way, the films invited its participants to question their work-life balance and reassess their relationship with technology. By whisking them away from everyday life and taking away their smartphones and devices, Carlsberg challenged them to build not just a pub but also a friendship – all without being able to hide behind social media or instant messenger.

From the build team’s first arrival on the site, to the final “skål!” with freshly poured pints in hand, the entire project is a celebration of the Danish values which sit at the heart of Carlsberg, brought to life with the best in British design and creative craft.

Shot in the mythical forests of Tintagel during summer, the visually stunning films transport the audience to a narrative that is, refreshingly, worlds away from our fast-paced daily grind. Equally original is the intimate but non-invasive way the documentary series portrays the six Brits’ stories developing.

Director at Armoury, Jack Laurance, comments: “We’re all familiar with the idea of ordinary strangers competing in challenges but we wanted to add a unique spin to the Carlsberg films - taking the reality TV format and subverting it to give the series more weight and sincerity. To achieve this, we shot the series cinematically, using anamorphic lenses. We also drew on slightly more surreal and whimsical elements. For example, for the big climax at the end of episode one where the cast come face to face with the build crew for the first time, we focussed on giving this encounter an almost otherworldly feel through the lack of dialogue, series of close-up shots, and the builders’ stylised wardrobe.”

“Similarly, we felt that the cast’s back stories deserved to be explored in a more nuanced and subtle way to the overly dramatic reality TV approach we’re so used to seeing. For example, there’s a moment where one of the guys opens up about experiencing loss – rather than magnifying it as a sob story, we decided to lens this quietly and tenderly in a style that was more in line with the campaign’s message.”

Liam Newton, Vice President Marketing, Carlsberg said: “We wanted to build a pub that allowed people in the UK to live the Danish Way and get out of the rat race of city life. The carbon neutral design of the off the grid pub reflects our brand values around sustainability. We want the pub to provide space for quality conversation whilst taking in a view to take your breath away and a crisp, cold pint of Carlsberg Expørt with friends. We hope people enjoy staying at the pub and embrace living the Danish Way.”

A further 3.3m people were reached by people talking about the campaign

100s of people swiped up to book the cabin on Airbnb