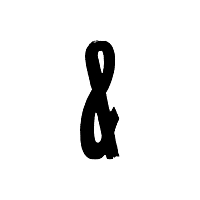 Cycling brings many different things to society; how can design tell the story of its diversity and cultural value beyond its stereotypes?

This project has cycling at its centre and the changes that cycling can bring. It’s not about fitness, fashion or fads but people, their lifestyles, and the causes they believe in. To get the full effect of the difference cycling can make, you need to feel it; you need to connect; you need stories.

What are the stories being told here?
I’ve found many stories where the bicycle is introduced as a means to change something, reduce traffic and increase road safety, change people’s viewpoints, or encourage self-belief. Getting people to change direction, change their path into the future and possibly get back on track and change their outlook on life.

The outcome is an exhibition with a focus on change. The show is a series of rooms, each with its own story and a means for visitors to connect to those stories and take them home.

The project is made up of four rooms telling stories of protest, oppression and social change:

An experiment was put together by the Laboratory of Insurrectionary Imagination to engineer a new tool and practise of civil disobedience at the COP15 Climate summit on 16th December 2009.

Wearing your headscarf too daringly in Iran can result in action by the morality police but the simple act of a woman riding a bicycle - even while wearing a headscarf - is a controversial issue in Iran.

In The Netherlands, by 1971, deaths by motor vehicles were 3,300, of which 500 were children. A campaign in favour of pedestrians and bicycles started in different locations. It was called “stop children’s murders”.

Bikes Not Bombs uses the bicycle for social change to achieve economic mobility for Black and other marginalised people in Boston, USA and the Global South. Bikes are repurposed through their Youth Programs, where teens learn bicycle safety and mechanics skills to earn bikes to keep for themselves.

All the rooms have been included here on Creativepool as separate projects in more detail, along with details of the concept’s event name and identity development.

Add yourself to this project
Project featured: on 15th April 2022 Contributor:

&Something has been a Contributor since 17th September 2019.