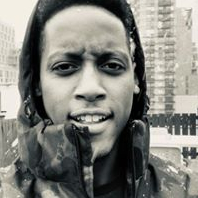 Popular gaming juggernaut, World of Warcraft, celebrated 15 years by releasing “Vanilla”, a retro version of the game for its most ardent fans. We were tasked with creating a catchy song to be sung in a rowdy tavern by a charismatic “toastmaster,” for an online-only music video to be helmed by Tony Yacenda, director of the hit mockumentary American Vandal. The song would be a boisterous, funny celebration, and reveal of “Vanilla.” An epic bi-coastal collaboration of songwriters and comedy writers, composers and producers ensued. We wrote a number of songs based on an intense list of game references. We were forewarned that our work would be judged by a devoted and scrupulous legion of World of Warcraft fans, so the pronunciation of every mythical ogre had to be vetted. After a vigorous back and forth with our agency partners, we finessed the timing and delivery of the lyrics of the final song. In the week before the shoot, we recorded the vocals sung by on-screen “toastmaker”, Greg Hess, and before any film was shot, our part of the project was pretty much complete: on the shoot day, Hess lip-synced to his recording, and editorial cut to our track.