You'll either love or hate this Marmite sandpaper hack

We don’t like cricket… we love it! So, when the Australian national team’s Cameron Bancroft was caught on TV trying to rough up a ball with sandpaper during a third Test match last year, it made us sad.

He was trying to change the condition of the ball to make it swing in flight as his team trailed to South Africa at Newlands in Cape Town but word spread and ‘sandpapergate’ was all over the news.

Today, the Ashes returned to Lords with England in action against Australia and creative agency Adam&EveDDB was in attendance with a game plan of its own for client Marmite based on the events of March 2018.

Reviving memories of Bancroft’s sneaky solo effort, the food spread hacked the event by handing out branded sandpaper with a strapline message that read: 'We won’t be tampering with it'. Cricket fans will either love it or hate it!

The light-hearted tactical push is part of a wider activation of Marmite’s ‘MarmyArmy’ promotional strategy, which also saw jars of the product and badges being handed out at Lords’ Cricket Ground. 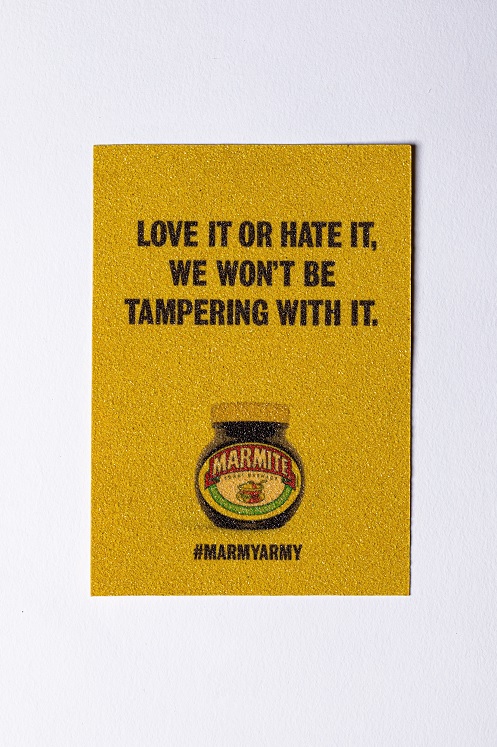 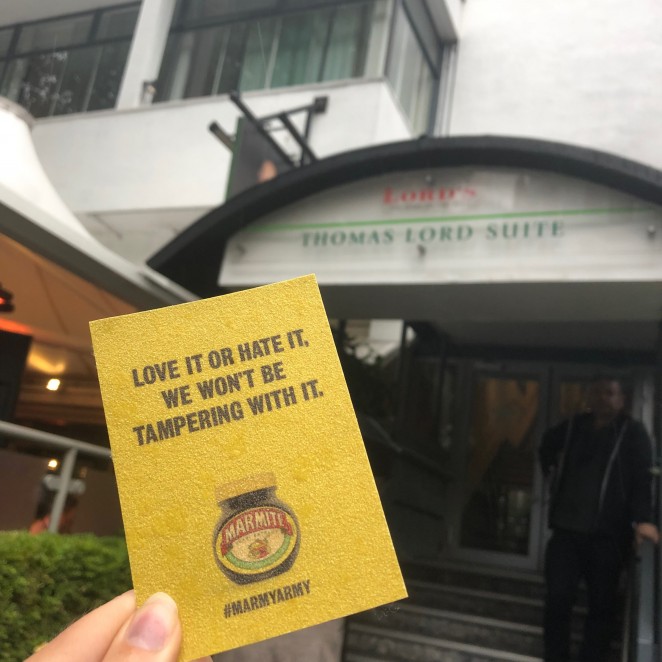