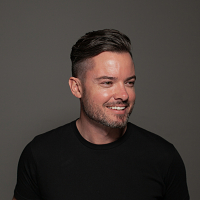 In partnership with renowned manufacturer Maton, we created a one-of-a-kind guitar crafted from timber taken from Melbourne’s most iconic venues. The guitar is an enduring symbol of the role live music venues play in fostering our music community.

The guitar formed the backbone of a feature-length documentary which aired nationally on Channel 9. The film and supporting live concert had a national audience of 1.6 million and received over 98% positive sentiment. The film could then be viewed on various streaming services.

Following the launch of the film, the guitar was returned to the city that made it, travelling from venue to venue - free to be used and abused by local and touring musicians. The guitar is currently at Cherry Bar with a series of planned events in Melbourne and regional Victoria throughout 2022. The guitar is being considered for heritage listing by the State Government of Victoria and will eventually be housed at the Australian Music Vault.

Add yourself to this project
Project featured: on 16th June 2022 Contributor:

Adam Ferrie has been a Contributor since 25th November 2015.