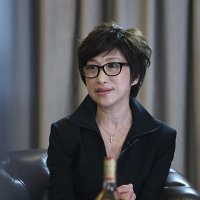 In China, missing children often become the victims of organ trafficking; you can easily found this kind of homeless kids controlled by people who didn’t look like their mother begging inside metro; besides, the confusing urban road constructers caused by city expanding the needs of children buying from the rural area uncertain disasters had increased the risk of children going missing.
In China, there is no proper efficient technical alert system to prevent children being abducted to rural areas or being the organ trafficking victims or go missing in confusing urban jungle road natural disaster,riot, only 0.1% children could be found back. That’s why more and more people appeal to Chinese government to help alert system, and this situation made MI KIDS GPS SMART WATCH launched.
Also, most of the Chinese parents doesn’t think their kids would go miss until its happened, our campaign is going to warn them this situation might happened if they didn’t stay connected with their kids.XIAOMI currently extended personal product line to family. They want to impress Chinese family by its amazing kids watch, which enables Chinese parents stay connected with their children.
MODERN WEEKLY is one of the most influential magazine in china, Wangjing Metro Station is one of the most crowded stations in Beijing, that’s why they were chosen by XIAOMI to launch this prints campaign amplify the function of MI KIDS GPS SMART WATCH.

Sheena Jeng has been a Contributor since 13th January 2016.