Behind the Idea: Rebuilding the world with LEGO

Last week, everyone's favourite building block LEGO launched its first brand campaign in 30 years with an ad which has received 2.5 million views on YouTube and counting.

Rebuild the World was thought up by French creative agency BETC Paris and shows how the LEGO system in play can create a more free, fun and playful universe by taking something normal and rebuilding it into something unexpected.

Below, Agnes Cavard and Valerie Chidlovksy, creative team at the agency, talk about the concept, shoot and Easter eggs to look out for in the final film.

We wanted to create a campaign that is a loud and clear affirmation of the company’s mission to ‘inspire and develop the builders of tomorrow’, celebrating the beliefs that LEGO has represented since its first brick was created. 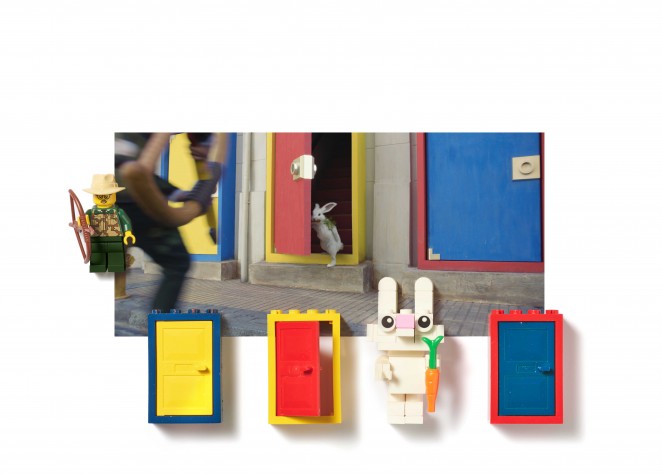 During the process, we discussed the products we would feature and the selection of different scenes with the client. The objective was not to display everything on offer, but rather to celebrate the infinite creative possibility of the LEGO System in Play.

It was important to capture the LEGO spirit, its humour and history. We came up with a storyline (the chase) and wanted to show a range of LEGO’s different pieces.

Brainstorming and working with Traktor (directors) was an easy choice because they share LEGO’s values — perfectionism, professionalism, creativity and humour. They created personalities for all of the characters, even if they only appeared for a few tenths of a second. They told a story that was both chaotic and fluid, with its own logic. This narrative approach felt right, as it is close to the way a child plays. 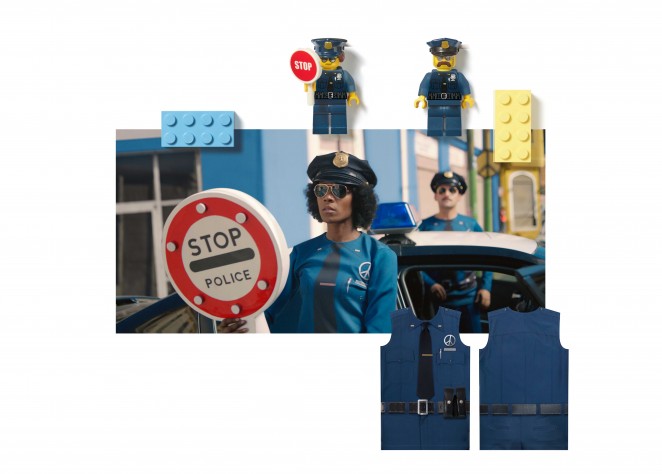 The concept was to show how LEGO can be used to express and develop creativity.  We also wanted to create a campaign that engaged new families that value creativity but are not necessarily LEGO users. The film invites the world to fall in love with LEGO System in Play, giving a new, fun and fresh perspective on LEGO systemic creativity.

The film fits with what we wanted to communicate because it celebrates children's creativity and encourages them to grow and develop it, experiment and be curious.

'Rebuild the world' perfectly captures the idea that every child can build and rebuild without limits, imagining creative solutions, wild stories and new worlds. The film represents the mind of a child, imaginging stories that they turn into reality when playing with their LEGO bricks. The end of the film reveals that every part of the fun and fantastic story was imagined by them using their LEGO pieces. 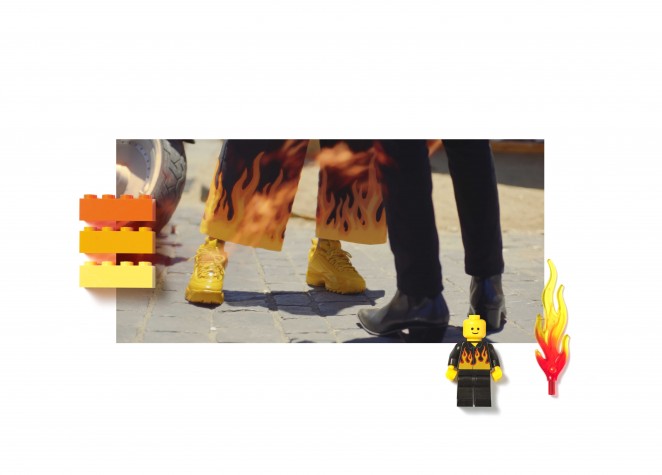 The prep was long and detailed. Traktor also decided early on to be very strict about the wardrobe and keeping it close to the LEGO world. That’s why they printed every piece of garment, just like you see on real LEGO figures.

The design of our LEGO universe was obviously a huge deal: colourising it, populating it, bringing it to life etc. Also, trying to find a Caterham Car in good condition in South America - then teach a rabbit how to drive it - was certainly easier said than done.

The shoot was great and spectacular! We spent a few weeks in Valparaiso in Chile, which already looks like a LEGO town; incredibly colourful and playful. Traktor put together a stellar team for the job: cinematographer, Hoyte van Hoytema; production designer, Nick Foley-Oates; costume designer, Liz Botes; editor, Rick Russell at Final Cut and MPC/Mikros Paris for post production. 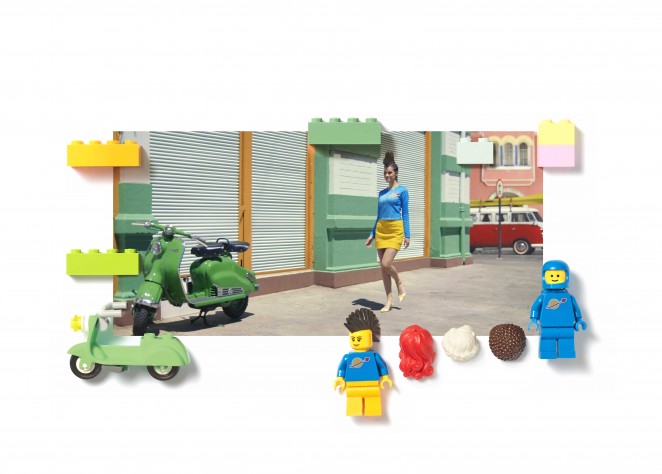 Let’s not forget that the world of tomorrow will be invented by the children of today! We want the campaign to remind the world of the fact that LEGO is more than a great toy.

Building with LEGO, whether you follow the instructions or not, develops children’s instinctive creativity, left and right brain. Building, unbuilding, rebuilding with LEGO bricks is an endless creative process with limitless possibilities and empowers kids to believe optimistically that anything is possible.

Having good creative skills allows people to offer new perspectives and find new ways to make a difference. For today’s parents, cultivating their children’s creativity is very important as it is an essential skill that will help them grow and adapt to an ever-changing world. The concept is therefore more relevant now than ever before. 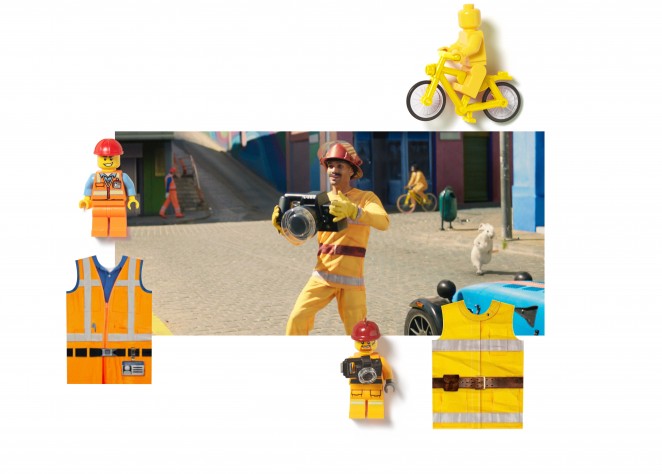 It illustrates the limitless creativity of LEGO System in Play. It’s an energetic and funny film that engages people of all ages.

LEGO System in Play combines the possibility to rebuild what we have now as well as the opportunity to invent something new. LEGO bricks are an infinite tool for children to play and imagine the world. If building is creating, then rebuilding is unlimited creativity and optimism.

This is important today more than ever. According to The World Economic Forum, the future job market will look very different due to the advancement of automation and digitation. Creative problem-solving skills will therefore be one of the most valued qualities to have. Rebuild the World therefore carries a universal value and topicality, because developing creativity gives children essential skills for their futures.

Like LEGO buildings are made of countless bricks, the film is jam packed with hidden references that we hope fans will love and will make people watch it over and over again. The 'spinning head' in the barbershop is one of our favourites, as well as the bodies bending backwards to look at the sky and the rabbit camo-print on the hunters vest. 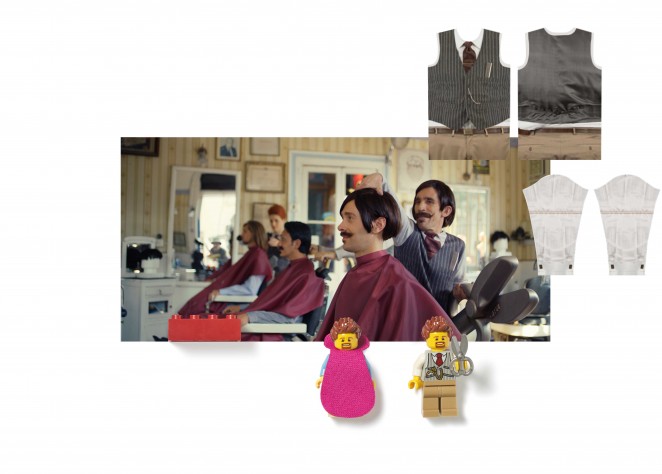 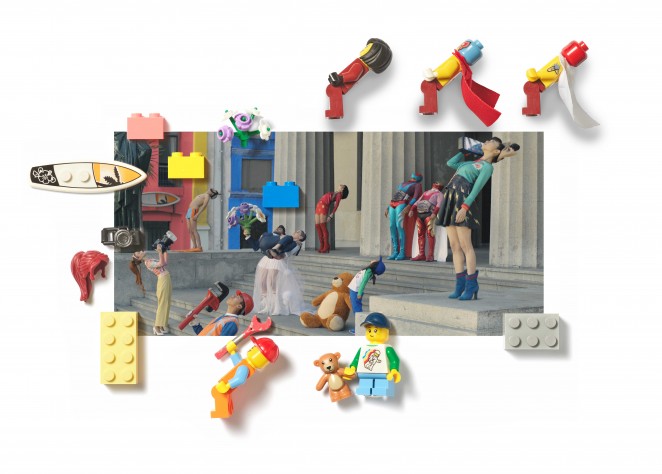 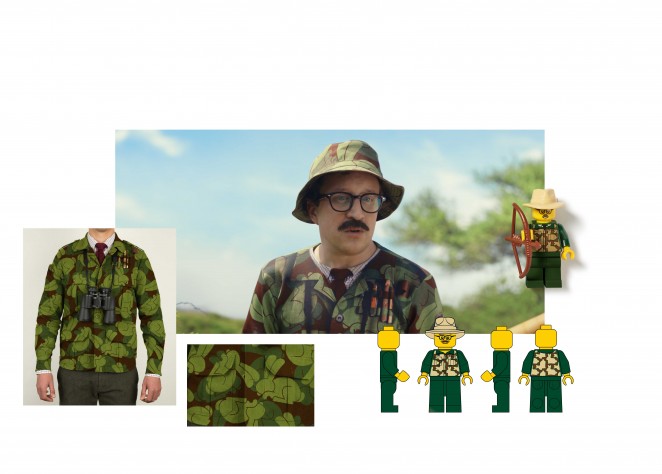 It was 18 months of work in total.

We hope that new families connect and fall in love with LEGO System in Play and the creative possibilities it offers their children. Rebuild the world shows how creative you can be with LEGO, something we believe is very important for people of all ages to develop, grow and explore.