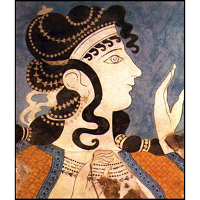 "The Tree with Hoarfrost" is an illustration book wherein a fable-like story is blended with photographs of intimate landscapes of the snowy forest. This story is told in the manner of both poetic existentialism and magical realism, written for young adults.

This is a nonlinear narrative, set in the World War II and in contemporary time, and it has several layers and depth for a reader to experience. The beginning starts with a book of Hans Christian Andersen fairy tales that belonged to the author. It leads a reader into the lives of mythological protagonists in a language of symbolism and the photographs of snowy landscapes.
While the protagonists have their own life, they also stand for allegories for feelings, sensuality, human condition, and transformative power of love, recognised and sensed in author's personal life.

The protagonist Dryad, an airy female, laments over the world of sorrow and its perpetual dichotomy - that of loss and renewal, which is manifested in inadvertent sacrifices (premature death), in both dark and bright times, in the lives of two brothers who never knew each other, who lived in two different times, but bonded by the loss – the only inheritance between a younger brother and his younger daughter.

The second protagonist is a male Titan or Giant. He is embodied in the snow-capped mountain, which is his condition (solid earth). He stands for turbulent European history. Both protagonists live together like a couple, dwelling in the same woods. They cannot transcend their own condition, so they cohabit. In such life, they are telling the story of author's paternal grandparents during the World War II.
The Titan's role is to shelter and to release the souls of both brothers in that mythical process of dying, resurrection and renewal through a Tree with hoarfrost, but with the help of Mother Earth, the third protagonist.
At the end, him and Dryad are being redeemed for their good deeds, and, thus, they have transcended their own condition to finally merge into a unity as a couple, (depicted in the last illustration).

Concept Art, Photography, Graphic Design and Storytelling for my book "The Tree with Hoarfrost"

What my friends so far said about the story:

Joshua A. Solomon says his favourite sentence is: "Imagination and reality, as if entwined into a braid, converge on the edge of those pages."

Chris Watts said about the synopsis: "The basic tenor of this is really very very good, and delivered in a very beautiful and consice manner. This is a perfect introduction where the reader will no doubt want to read more, as opposed to being bombarded with a huge multi page essay that would work against you."

Special thanks goes to Chris Watts, a Photo.net member, who was a copyeditor of my short story. There hasn't been changes in my style. He helped me to better articulate the last paragraph of the story.