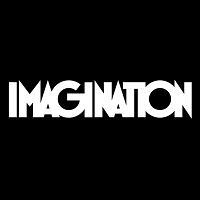 London Yards was a three-day festival celebrating all things baseball that ran from the 28-30 June 2019 at the Truman Brewery. It involved digital and physical baseball activations, screenings of the London Series, ballpark-inspired food and drink, and live music and DJs.

Building on the success of the 2017 Battlegrounds campaign, in 2019, Major League Baseball played their first ever regular season games in Europe between the New York Yankees and Boston Red Sox. Demand for tickets was huge, and the games sold out instantly. However, MLB knew that the true value of London Series was reaching out beyond those avid baseball fans in the stadium. Launching in a new market meant MLB could communicate in new ways and speak to a new generation of baseball fans. Our mission was to create a London Series fan festival that engaged a millennial audience.

Baseball beyond the ballpark

To engage this group we had to create an experience that was authentic to baseball but also appealed to the cultural passion points of our audience. The festival had a programme of events, from the world’s first indoor Home Run Derby that was live streamed on Twitter, to performances from UK grime artists Lady Leshurr and Nadia Rose. A number of baseball activations, such as the Spin Cycle baseball game to the VR batting cages, allowed a new generation of fans to experience the game. On top of this, a great array of food inspired by the culinary heritage of Boston and New York was provided by local street food vendors.

Imagination has been a Contributor since 19th March 2020.