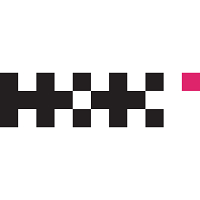 Summary:
In the UK, there are disproportionately low numbers of female entrepreneurs. Empowering women to know their worth and recognize their own potential is crucial to achieve equality. By harnessing female potential, women-led SMEs could contribute £180bn GVA to the UK by 2025.
Innovate UK and Hill+Knowlton Strategies’ Women in Innovation campaign shone a spotlight on women at the forefront of British innovation, using their stories to remove a crucial barrier to engagement: a lack of diverse and accessible role models.

Concept:
Our concept was informed by audience research and insights:
1/7 applicants for funding are women, while the amount they apply for is significantly lower than their male counterparts. 1/3 women say their gender has negatively impacted their career in innovation, and that there aren’t enough female role models. 83% of women who have started a business have known someone else who has done so first.
Without accessible examples of female innovators, women were failing to recognize their own entrepreneurial acumen. H+K’s needed to engage, celebrate and hero female British innovators of today, to inspire funding applications of tomorrow through the use of accessible and relatable role models.

Execution:
From sustainable alternatives to cancer care optimization, Innovate UK provided us with stories from their women in funding competition. H+K harnessed the power of these stories, creating compelling case studies. Earned media included Stylist and a 20-article HuffPost series.
H+K hosted an exclusive media event ahead of the National Business Awards. We introduced the Women in Innovation to key media, government and industry stakeholders, engaging our audience in a high-profile debate to highlight key barriers to women in business.

H+K partnered with Getty Images and photographer Amelia Troubridge to produce a stereotype-shattering portrait series. These beautiful depictions of female innovators – scientist, mother, engineer, outdoor adventurer – were exhibited in the Getty Images Gallery, London.
The launch saw Amelia, Innovate UK’s CEO Dr Ruth McKernan, and Women in Innovation tell the story of the campaign to over 100 guests. We engaged key national business and women-focused media, before opening to the public for two weeks. Local schools and young girls were invited to see where a career in science and innovation – and a belief in their own professional potential – could lead them.

Results:
After three months, H+K drove 307m impressions via 97 articles including BBC, The Financial Times, Refinery 29, Red Magazine, The Times and The Engineer.
Following a two week exhibition at The Getty Gallery, the portraits have been requested by UN Women and Parliament. The women profiled have since received huge incremental investment, one has secured a Fellowship from the Royal Geographical Society and three have become ambassadors for The Prince’s Trust.

Hill+Knowlton Strategies has been a Contributor since 12th January 2017.