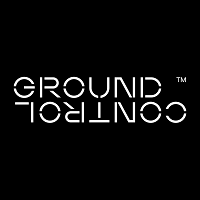 The release of Nintendo’s first ever mobile game was always going to be a big event. The fact that it was Mario himself who would be the star of the game meant that this was certainly going to be one of the gaming landmarks of the decade. Engine Film and Sunshine Japan, who crafted the game’s live-action trailer for Nintendo through Dentsu, asked us to handle the Europe filming and the music for the film.

We filmed athletic and acrobatic feats at and around some of the most iconic European landmarks, including Tower Bridge, the London Eye, the London Underground, the Arc de Triomphe and the Eiffel Tower. For these logistically complicated locations we worked with Ross & Eugene at Salt and Alex at Curious Ape, location experts who made two of the world’s busiest cities, London and Paris, a dream to shoot in within the schedule and budget.

Ground Control were also asked to supervise the creation of the film’s music. The track by Yessian Music and composer Mark Chu is a dynamic original composition with hints of homage to the original Mario score.

Add yourself to this project
Project featured: on 23rd February 2017 Contributor:

Ground Control has been a Contributor since 13th April 2016.