I don’t use a diary and it drives my wife crazy. I forget what I’m supposed to be doing, double book and regularly give her five minutes notice that “I’m busy tonight.” Now I know what you’re thinking - she should chill out. And I’ve told her that. But for some reason it just makes her madder!

So, Darling if you’re reading this, I’m busy on December 18th.

So… what’s happening on the 18th? If you don’t know, it’s safe to say you’re not a sound designer. Because every sound designer on Earth or in a galaxy far, far away, is eagerly anticipating the opening night of Star Wars – The Force Awakens.

It may not be easy remembering dates without a diary but there are some things you never forget. In 1977 aged four, my friend Wayne and I went to the cinema for the first time to see the original Star Wars film (now titled Star Wars – A New Hope)

Walking in awe through the lobby of the Cinema, I tried my first hot-dog – spurred on by this ad from Westlers: “Get the big taste of Westlers hot-dogs…bite...after bite...after bite.” How could I resist? 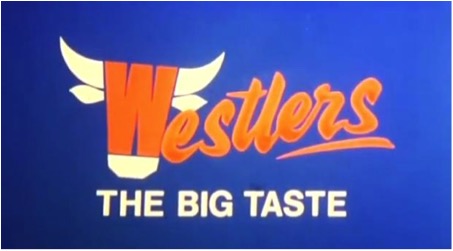 And then I got my first taste of what was to become a life-changing event. Standing in front of me were three huge cardboard cut-outs of R2-D2, C-3PO and Chewbacca wearing an ammo belt! My imagination was primed and ready for lift off…

As we settled into the red velour seats, the lights dimmed, the curtain parted and finally, after weeks of excited anticipation and sleepless nights, the film started. John Williams’ EPIC theme tune came belting through the full mono speaker system and scrolling up the biggest screen I’d ever seen was a prologue that mesmerised me (even though I couldn’t actually read it!). I instantly knew that I was going to love this film.

Now, unless you spent your life in The Dark Side Cave on Dagobah, you’ll know what I’m talking about. I’ve only met one person ever who hasn’t seen Star Wars and, quite frankly, she deserved to spend some time on Dagobah.

As the film ended, and we returned back to Sheffield 1977, Wayne bought this poster. To say I was jealous is an understatement, but I didn’t lose out because it became the backdrop of our games for months to come. 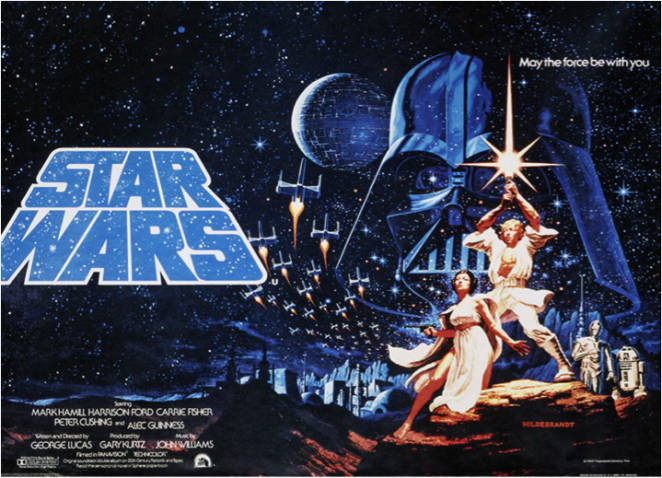 It also presided over my first ever sleep-over. Picture two four year olds, sitting on the Millennium Falcon (or “bed” as Wayne’s mum insisted on calling it) re-enacting the key battles in the film. We were Luke Skywalker and Han Solo and with our imaginary lightsabres we were going to save the galaxy. We lived and breathed Star Wars. We were Fanboys.

If you haven’t seen the film Fanboys, it features a group of Star Wars obsessed teenagers who break into George Lucas' Skywalker Ranch so their dying friend can watch Star Wars: Episode I - The Phantom Menace before its release in 1999.

To me this didn’t seem like a silly plot at all, so I wasn’t surprised to read the following headline recently:

For some the force is strong and their obsession lasts a lifetime. But mine was over after the 1999 film. The final line of Fanboys before they watch the movie is “What if it sucks?” Well, it did. And it’s taken me a while to get over it.

So my obsession may be over, but like all sound designers I would give my left arm to do the sound for any future release – well, I’m right handed, so I’ll need that for the mix!

So what is it about Star Wars that inspired a whole generation of sound designers?

Ben Burtt was the sound supervisor on Star Wars, and it is he who first coined the term “sound designer”. He did so because his role on Star Wars was multi faceted. Traditionally film sound is broken down into many different skills that only come together at the mix stage. Production recordist, field recorder, foley artist, dialogue editor, ADR editor etc etc. But Burtt was working for George Lucas. And Lucas understood the power of sound to turn a good film into a brilliant one. So Lucas gave Burtt responsibility for the entire sound track. He was directly involved in many of the disciplines and brought different skills to bear on the task of creating some of the most memorable sounds in history.

One mans vision brought us the dark breathy tones of Darth Vader and the Wookie growl of Chewbacca, the bickering of R2-D2 and C-3P0, the impenetrable chatter of the Ewoks, the hum, buzz and slashing of Lightsabres, crunching of Imperial Walkers and the roar of Landspeeders… the list is endless.

So, to sound designers, Ben Burtt is a God. He is our Vader. And whilst we may not entirely owe our jobs to him, we certainly owe our job titles.

So whilst the force is still with me, I’ll continue to play Star Wars on my bed. Sorry, Millennium Falcon. Although now it’s with my kids.