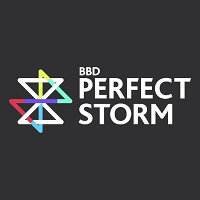 Football fans across the country were being ripped off.
Some greedy owners were using clubs as their own personal cash machine..
Poor regulation meant owners weren’t always acting in the interest of the fans, the team or their community.
Rivalries in football are rife. But whilst division is the norm, irresponsible club governance is the issue they could all support.
Because it wasn’t just the fans that were suffering, their clubs, towns and cities were too.

While reports of abuse of power and shady deals had been rife for years, fan protests were going unheard and owners like the Oystons at Blackpool F.C were untouchable.

Enter our client SKINS, a performance sportswear brand with a history of fighting injustice in sport. We realised that the true ‘owners’ of football were the fans and, for their voices to be heard, for once they had to be united.

We saw that fans needed a platform so they could be heard. It was simple, we had to remind everyone that, without the millions of fans, football wouldn’t exist.
Our SKINS campaign would tell the establishment that they were FANS, NOT NUMBERS!

We built a movement that for the first time united fans under one voice, galvanised media around the issue and applied pressure to demand change.

We launched the campaign with a series of regional roadshows through some of the most affected clubs and communities, starting – of course – in Blackpool. These free-to-attend events were run in collaboration with Supporter’s Direct, and consisted of a diverse panel of high profile and influential people from the worlds of sport, business and politics to kick start the debate and generate media attention around the issue.

A launch film voices by Alan (Brick Top) Ford rallied all fans to rise up and make themselves heard. SKINS partnered with football fanatic media platform SPORF, who seeded the film to their network of passionate fans in their millions, who were then directed to a microsite where they could automatically generate an email to their local MP to demand change.

Celebrities, Premier league footballers and high profile political figures, such as Lord Kennedy of Southwark and Damian Collins MP, voiced their support for the movement. As the message spread, the media started to pay attention. SKINS Chairman, Jaimie Fuller, became the voice for change, covering the issue on BBC, Sky News, and other major news outlets.

The strategy worked perfectly. Once it was all over the media, the establishment had to listen. The issue was debated in a Blackpool Council meeting and a bi-party vote carried to take the demand for reform to parliament. What’s more, SKINS and Jaimie Fuller were directly credited as having spearheaded the movement.

Then the unthinkable happened. The Courts passed down a ruling that found the Oystons guilty of irresponsible ownership and ordered to pay over £31m in damages. Impressive in itself, but even moreso when you consider the total budget for the campaign was £30k.

For the first time ever, SKINS brought all footballs fans together – harnessing their unrest and mobilising them to demand change. With new owners for Blackpool F.C. now on the horizon, the precedent for bad owners everywhere has now been set.

Add yourself to this project
Annual 2018 SilverFANS NOT NUMBERSEffectiveness Project featured: on 1st February 2018 Pro member:

BBD Perfect Storm has been a Contributor since 27th February 2019.