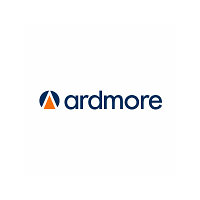 The Brief
Ardmore was briefed by The Department of Infrastructure to develop an integrated communications campaign to encourage people to walk more instead of taking the car, to reduce traffic, improve the environment and encourage more active and sustainable travel.

The Change Required
The car is the default.

In fact, according to the Travel Survey for Northern Ireland, 82% of all miles travelled are by car, while only 3% are by foot.

Research indicated that as well as walking being seen as retrograde, compared to driving, it was also seen as:
• Slow – “you always feel as if you are rushed”
• Weather dependent – “it just makes it miserable if you go out and then get caught in the rain”
• Insecure – “a night when it’s dark is not a good time to go walking…which cuts out most of the winter”

Creative Solution
The creative approach was to position walking competitively against driving for everyday needs, e.g. the commute to work, going to the shops and the school drop off.

So how do you make walking for mundane tasks more attractive than the quicker, more convenient car?

By helping people see that the extra little bit of time and effort is worth it because GREAT THINGS HAPPEN WHEN YOU WALK.

The film starts with our hero’s choice of whether to drive or leave the car and walk. The juxtaposition of everyday pleasures and human connection with significant moments creates a sense of purpose and emotion. Great moments that happen when we walk.

Ardmore has been a Contributor since 25th November 2015.

Great Things Happen When You Walk