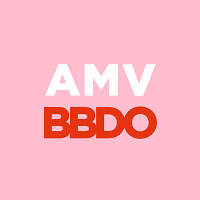 In 2018, Bodyform/Libresse, better known for period products, expanded beyond periods into caring products.

Apart from telling women what to do (“the right soap for your intimate area”), reinforcing fears of smelling bad or treating women’s anatomy like broken cars that needed serious “intimate experts” wearing white coats, the intimate care category hadn’t been up to much in the last few decades.

Despite being a new entrant, we wanted to be the much-needed lighthouse and break the cycle of shame.

In 2017-2018, our campaign #Bloodnormal had been a ban-defying, taboo-breaking and boundary pushing campaign that had redefined the period care category and had been praised globally for breaking the patriarchal stigma around periods.

We wanted to bring the same empathy, the same taboo-breaking spirit and the same brand purpose to intimate care, to show women how much we cared about them – and about their vulvas.

Viva La Vulva is a celebratory anthem to women’s vulvas – if the world was dancing around the issue, we decided to make it sing.

It shows a beautiful diversity of vulvas through a mixed media approach, all to show there’s no one perfect vulva. There are billions.

And it tackles multiple ingrained taboos around the vulva along the way, fighting shame with pride.

All the reports and research we found were consistent: unless women were exposed to the real diversity of vulvas and encouraged to look at their own vulva, they’d carry on feeling anxiety and dissatisfaction with their own.

And “even in young women with a relatively positive genital self-image, exposure to pictures of a large variety of natural vulvas positively affects genital self-image”. (Journal of Psychosomatic Obstetrics and Gynaecology 2016).

Viva La Vulva is a love song to a part of us that doesn’t get enough love.

Set to the iconic track ‘Take Yo’ Praise’ by Camille Yarbrough, it’s a lip-sync music video with a twist, featuring hundreds of vulvas of every shape and colour, all singing loud and proud to the equally diverse women who love them back.

The film subverts multiple taboos around the vulva on the way: celebrating conch shells, messy oysters, juicy fruits, embracing the much-shamed camel-toe, and even Barbie makes a cameo, outraged she doesn’t have a vulva.

The film ends on behind the scene interviews of the cast, opening up about the issue, the shame, the ignorance and reclaiming their bodies.

Released in Scandinavia and the UK, the campaign immediately received praise around the world, from the US to India. With £0 media support, the brand video has garnered over 5 million organic views in under 2 weeks. And despite being novel and ground-breaking in subject and approach, 96% of all social comments on the campaign have been positive. The brand video has smashed all benchmarks in brand engagement and interest, with over half of women reporting that the video sets the brand apart in the intimate care category – over double the norm (Ipsos Dec. 2018). Sales reflect the impact: from 0% to 33% market share in the Nordics in under 2 months.

In some ways the biggest achievement of the campaign was to run at all: between blurry “decency” regulations and media owners trying to ‘sanitize’ their platforms, it was a struggle.

When your category is about women’s intimate area, how can you embrace your responsibility to challenge harmful taboos if you’re not allowed to?

Viva La Vulva is the proof you can override censorship, sexualisation and prudery to represent women in a respectful way.

AMV BBDO has been a Contributor since 25th November 2015.