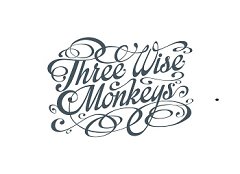 Paul designed characters and developed storyboard and scenario’s to the clients script and brief for Towergate Insurance taking up directorial and animation duties to complete the 70 second animation film from start to finish in a 4 week time frame. Towergate Insurance received very positive social; media perception for viewing and sharing for a first day launch of 91,471 Impressions, 23,209 Views (the number of people who watched more than 30 Sec), 25.37% View Through Rate (this is really high which means we have strong content and targeting – average tends to be 10%) and 14,443 Watched to the end (15.79% of users watched 100% of the video)

Paul then went on to complete two animation films for the promotion of Citibank’s Diversity Week. The first being a 2 minute film which promotes and communicates the theme of the Diversity Week, making allies. Paul animated and designed line drawn interpretations of famous states persons or champions of minority rights which conveyed the power of the individual to help others through support and association and change the status quo. The films were used internally by Citibank’s communication department and were followed by a second film of animated stories which conveyed personal narratives from people within