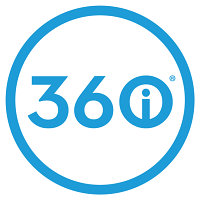 In 2017, following a bumper Christmas of chatter and stellar sales the year before, Lidl needed to cut through the clutter once more and stand out at the busiest time of year. So at 360i, our objective was to create talkability: driving positive conversation, at scale, with a made-for-social idea. Our target audience was people coming together for ‘Friendmas’ in December. Which got us thinking: What if social media, instead of distracting from time together at Christmas, could be what brings people together?

By opening the camera within the Facebook app, Lidlers could see themselves transformed into a Brussels sprout, a turkey, a Christmas pudding or even a mince pie – or they could play Emojional Christmas against friends and family, matching the facial expression of falling emojis on screen as quickly as possible to score points.

We brought in the nation’s favourite Santa Claus – the one and only Brian Blessed – to bring our Christmas tech to life, and used smart media targeting to reach Lidlers up and down the country with a how to message.

The nation was enchanted with Lidl’s Christmas magic, with the campaign racking up a whopping four million engagements and 442,000 shares. Total dwell time far surpassed anything we could predict, in fact it was over 50 times higher than the client had anticipated, totalling 13,110 hours – that’s nearly a year and a half of interacting with our campaign. Emojis alive!