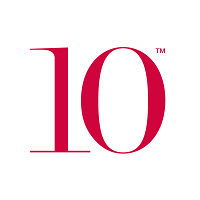 The National Food Strategy Part One launched July 2020 amid the world pandemic. It was the result of 12 months rigorous research and analysis led by Henry Dimbleby founder of restaurant chain Leon and the Sustainable Restaurant Association, co-author of the 2013 School Food Plan and most recently lead non-executive board member of the Department for Environment, Food and Rural Affairs (DEFRA). Environment Secretary Michael Gove commissioned the independent review of the food system, the first in 75 years.

Food is a vital aspect to our lives and our economy (the food system for example provides jobs for one in seven of us). And is as complex a subject as any, touching on all areas from intensive farming, the environmental and climate impact, food related disease and food security.

Talks between ourselves, the DEFRA team and Henry Dimbleby started pre-lockdown and creative was in full swing when COVID hit and understandably the report was put on hold for two main reasons 1. the DEFRA team needed to focus on the impact of the virus in the here and now 2. It was highly likely that the fall out of the pandemic would be felt and shape the outcome of the National Food Strategy and Recommendations.

“The report shouldn’t look like a government document” were the words ringing in our ears following our very first Zoom meeting with Henry, during which it was clear that he would be very close to the design throughout. Understanding what Henry liked and didn’t like was our first priority when embarking upon the initial creative exploration stage. Just how far do you push it? And how do you 'wow' the man with possibly one of the most visually engaging food brands out there, Leon.

The National Food Strategy had just been through a rebrand and was in the very early stages of creating a set of brand guidelines so as part of this work we needed to take the essence of what had been done to date but enhance and expand upon it - to some degree allowing us a level of flexibility and freedom to really push the boundaries. In addition, alongside the work we were doing, creation of an animated film had been commissioned with illustrator Tom Kilburn and a data visualisation team had started work on turning the figures and results into interactive and animated stories. With so many components running parallel and no fixed brand guidelines it was key that we worked collaboratively to join the dots visually between each work stream.

“Design is a balance between function and form” using our initial creative concepts as a litmus test in how far we could push the boundaries of a traditional report enabled us to create a design framework from which to build striking the right balance between information and design. Good information design communicates comprehensive content whilst simulaneously engaging the reader.

Our answer was to firstly broaden the colour pallet and mark making aspects of the brand DNA pulling inspiration from the illustrations within the film and re-working and adding hand drawn elements to the data graphics. We used a vertical footer and pre-defined chapter colours as anchor points and set about flowing just shy of 40,000 words, paginating the report in a way in which created pace and energy. Tom’s illustrations were used as a lead into the four main chapters of the report successfully linking it with the film.

While the report would launch and live in a digital space there was also the opportunity to create a tactile physical piece.

Printed on Fedrigoni Arena Natural Rough (which feels sympathetic to the subject matter) it showcases three different cover wraps featuring stills from the film - each one opening to A3 size (creating impact and engagement, emphasising the scale of the subject matter), along with three complimentary spine and cover options. The concept being that there would be a number of different combinations reflecting the far reaching and varied scope of the report itself.

It’s been an honour to work on such an important and influential report. Part Two is scheduled for completion 2021 and we have some big boots to fill with early anecdotal reactions to the report coming in such as “is this the snazziest government document ever?” - refer back to Henry’s very first call and we’d say ‘mission accomplished!

Press coverage from all the major newspapers such as front page of the Guardian and column inches within the Financial Times, The Independent, The Mirror, The Sun, Daily Telegraph and The Times.

Regional and trade coverage from a variety of publications such as The Grocer, Evening Standard, Yorkshire Post and Farmers Guardian.

Add yourself to this project
Project featured: on 21st May 2021 Contributor:

10 Associates has been a Contributor since 25th November 2015.